Do we all have skeletons in our cupboards?

I have a writers’ mind (that’s my excuse, and I’m sticking to it!) which harbours all sorts of ideas, phrases, and, it has to be said, the occasional cliché. (Hey – they wouldn’t be clichés if they weren’t true, and sometimes they are difficult to avoid.)

I love working with the idea of secrets, so the phrase ‘Fly, all is discovered.’ is a favourite concept, one that bubbles to the surface at regular intervals. A particularly apt one for crime and thriller writers, playing on the hypothesis of a universal sense of guilt and the idea that a large part of the population has something to hide.

I’m not sure if the expression is actually just a phrase or whether it has acquired the status of an urban myth. A little wandering in the byways of the Internet suggests that it has, and credits the origin both to Sir Arthur Conan Doyle and to Mark Twain. The anecdote that accompanies it indicates that if a message with these or similar words were to be sent to people of your acquaintance (sometimes it’s to a group of famous and/or influential people) then a large number of them would have left town by the end of the day.

It’s an idea that I occasionally toy with for a book. What would be the modern equivalent of the message? How would it be delivered? Do secrets of sufficient weight still exist these days to force someone to flee? And where to?  Would modern communications and social media allow them to remain hidden?   I haven’t got the answers, but I think there is a book in there somewhere. One day perhaps I’ll extract it.

At the moment I’m working on a plot that has two characters who each have a very big secret. If they got that message both of them would leave town, although neither from a sense of guilt.

So –it’s a fascinating concept, but we’re not all guilty.

Me? I don’t have any skeletons in any of my cupboards – there simply wouldn’t be room for them. 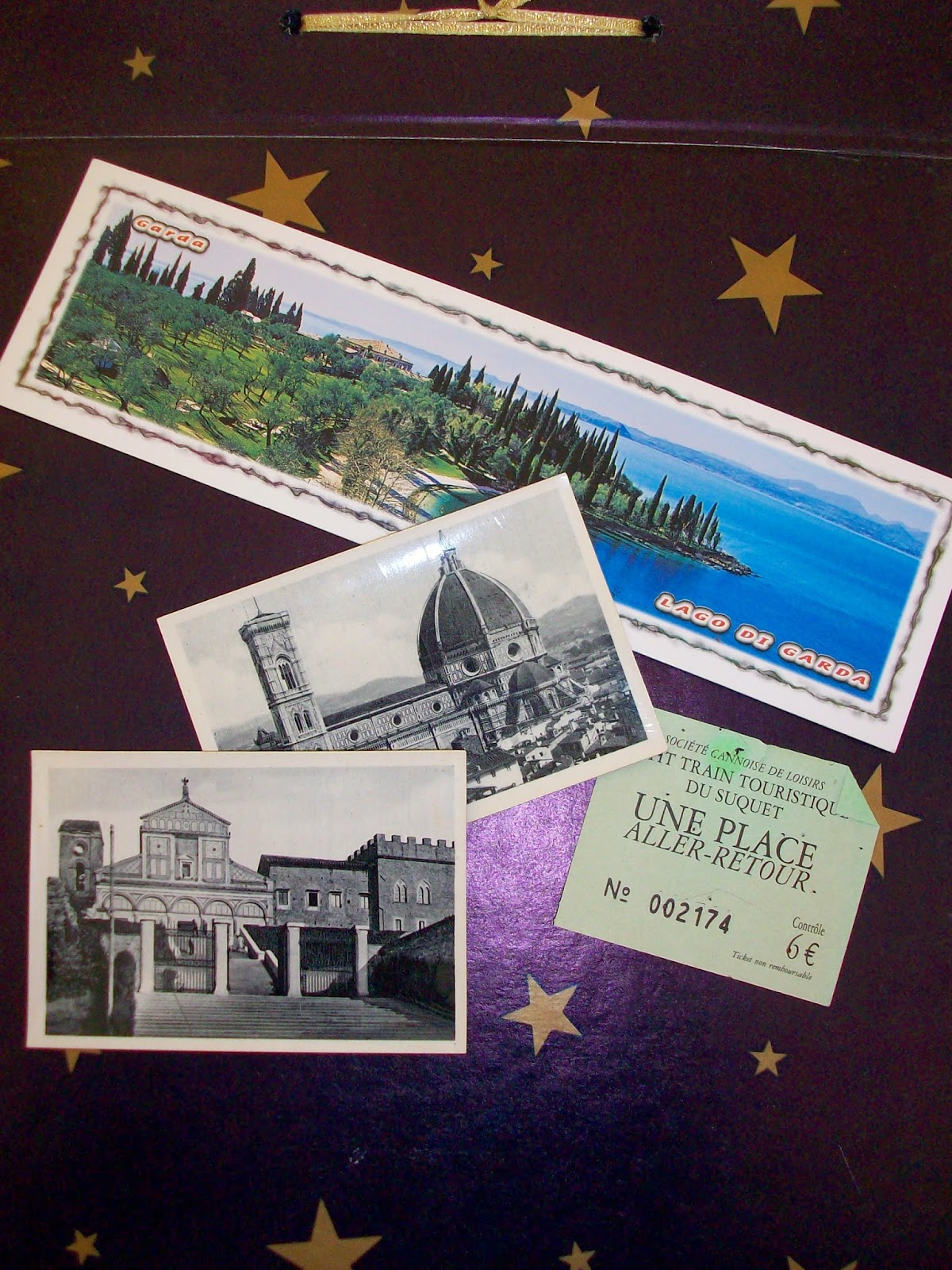 When I attended my first RT Booklovers convention, I took time out to visit some of the landmarks of the city of Pittsburgh  - one of which was the Andy Warhol Museum.  I wasn't a particular fan of Warhol, but seeing his paintings en mass, and hearing how they came to be created, made me appreciate them a lot more.There was something else that was interesting too, which the museum guide told us about. Apparently Warhol would keep a box next to his desk into which he dropped all the inconsequential paper that came into his hands - tickets, flyers programmes, menus - all the odd bits and pieces that you acquire while living in the city.  When the box was full it was sealed, dated and stored, and a new one started.  The museum was beginning to open some of the boxes and collate the contents and were very excited about the project - a social history archive comprising pieces of paper that might never otherwise have survived.  I understand that the London museum archive is doing something similar in respect of all the odd papers to do with the Olympics.

We all collect ephemera, sometimes consciously, sometimes not. Essentially it is not meant to have a long life - it is stuff that is made to be thrown away. Unless someone puts an effort into preserving it - because it means something to them.  A ticket stub from a memorable gig, a concert or a night at the theatre, as a memento of the event. Maybe a more systematic collection, like a set of postcards. Perhaps it's totally random - try looking through the pocket of a coat, particularly one that you haven't worn for while, and see what's there. If all you have is fluff, then you're much better at avoiding those people in the street who shove flyers into your hands than I am.

I have a board in the kitchen covered with some of my memory makers. Small items that can have an influence way beyond their size - postcards, museum tickets, book marks. A handful of any of the things on my board could produce a story. And how many books are there that begin with an old letter, or a photograph, or maybe an official document that contains information that it shouldn't - even a credit card bill with details of expenditure that should never have happened? Those are plot shapers, but ephemera can also be mood music, to conjure an atmosphere, provide a bit of authentic detail, set a tone.

At Last! The Out of Sight Out of Mind Location our

I'm finally ready to unveil the Out of Sight Out of Mind location tour that I've been promising for a while. It's a selection of photographs of places which either appear in the book, or ones which inspired me when creating my own locations for it. I hope the pictures and the accompanying notes will help with readers' enjoyment of the book. There are no spoilers, so it's OK to take a peek even if you haven't read it yet. Maybe it will inspire you to give it a go?

You can access the tour from the Pages section at the top of the blog.

As I've said, that is where the whole gallery of pictures, plus notes, are to be found. But as a taster I've put together a short video of a selection of the photographs.

Out of Sight Out of Mind - Location Tour - Trailer

Some while ago I promised a location tour of some of the places mentioned in Out of Sight Out of Mind. I've finally got my photos together and it is almost finished, so I will be unveiling it this time next week. In the meantime I've been experimenting again with making trailers. So in honour of the tour - the brand new trailer for Out of Sight Out  of Mind