Suspending Disbelief - Or how preposterous can you get away with?

Um. The thing I'm playing with at the moment - you know, the one that might be a series light novella? Well the plot is a bit, you know, out there. Not impossible, but unusual. Yes, I think I can say that. Not likely to happen in real life.

And it does have a tendency, not to having holes in it exactly, but bits where, well, the reader is going to have to go with the flow. Suspend the disbelief while I finagle us around a few corners. Finagle. That's a very good word.

Thing is - how preposterous can you go before the reader starts chucking things at the wall? It's a romp. A bit daft but, I hope, fun. Will that work? If readers have enough invested in Ryan and Nadine's love story, will that carry it along? The whole thing is centered around a con trick - that's smoke and mirrors, so I am going to need a few of my own. 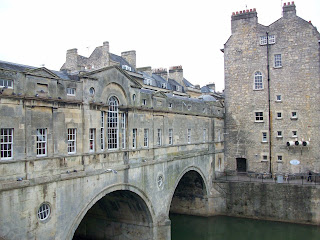 It begins in Bath and then is going to move to the South of France and that would give me a very good reason for a research trip, wouldn't it?  And there are a couple of weddings involved, so I am, of course, having to look at a lot of dresses. And venues, and stationery, and flowers, and cakes, and shoes.


Oh, well, if I finally decide that it is too silly to be allowed out, I'll have had a lot of fun on the way.
Posted by Evonne Wareham at 08:00 2 comments: 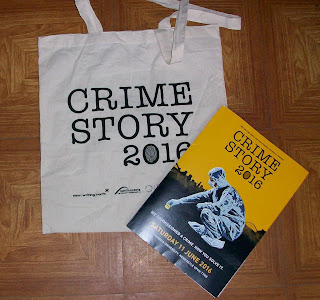 Newcastle is a long way from Wales, but that's where I went the weekend before last.

I wasn't the only one making the journey for  one day spent in the company of a variety of crime experts. Writers and readers seem to have travelled from all over the country, if the ones I spoke to were anything to go by. And, of course, an event from 9am to 5pm meant a two night stay for me. And it was very well worth it.

Panels, workshops, professionals in forensics, serving police officers, lawyers and judges, academic experts - we got the lot, all chaired by crime writer Peter Guttridge. It was an inspiring day with access to information that was worth gold. (Or at least the early bird fee of £79.)

The whole thing was brought together around a short story written by Paula Hawkins, author of The Girl on the Train, who apparently had attended as a participant the first time it was held, a couple of years ago. The story was revealed in instalments during the day, and acted as a focal point to discussions and questions with the panelists.

What did the broken glass tell you?
Would the wife have automatically been viewed as a suspect?
What about the mysterious visitor and the unanswered phone calls?
Who actually did it?

If you'd like a taster, this is Paula reading the first instalment HERE


I learned a  lot - some of which has already gone into the Work in Progress. I hope they hold more in the future and that I can be there. I just wish that this sort of thing happened a bit closer to home.

Email ThisBlogThis!Share to TwitterShare to FacebookShare to Pinterest
Labels: Crime Story 2016, Paula Hawkins, The Girl on the Train. 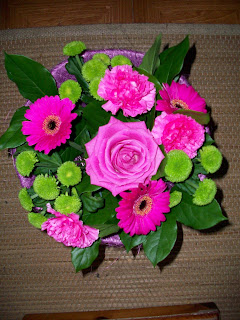 Today is the 7th Birthday of my award winning indie publishers, Choc-lit. 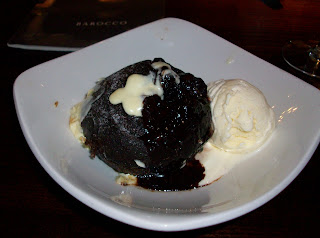 Maybe there will be balloons? 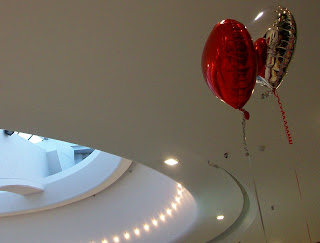 Holding out for a Hero

You know all that stuff from the song - speed, strength, fighting skills - well that's my hero. If you write romantic suspense it's sort of a given. He's got to be able to take care of himself, and the heroine - within reason - and fight off the baddie. And look good doing it. Luckily I can leave that one to the reader's imagination. In shorthand - he's the complete alpha.

Even Jake, the hero of the as yet un-named sunshine novella ...

Actually, that's not quite true - the novella has had quite a few names, some of them not to be admitted in polite company, but I'm awaiting a nod from my publisher on which of a selection they prefer for the final article. Or something that they suggest, maybe. It will probably have Riviera in it somewhere to give the clue about light and sun and holidays  ... but I'm digressing, aren't I?

Well - even Jake, from un-named sunshine novella, is an alpha. Billionaire, terror of Wall Street, all that stuff.

But now I'm I'm playing with what may grow up to be next in series for the light novellas and I seem to be writing a beta. Huh! How did that happen? Ryan is cute and capable of wading into a fight when he has to, but it's not part of the base layers of who he is.

This is fun, and a little scary, because I have never done this before. I'm used to the shoot first and ask questions later type and this feels, well, a bit weird. I don't want him to come over as wet. I already love him to bits, and his heroine, Nadine, does too, and he loves her, although neither have got round to admitting it yet. It's sort of a friends to lovers plot, but not quite. So you can see that an alpha might not work so well. Anyway, that's what I've got.

Is it going to work?

Standing in the heroine's shoes.

A classic start point for any book is a point of change - a place where hero/heroine is starting something new or saying goodbye to something that has passed.

And that's where I am now. As I posted last week, I'm taking small steps into a landscape where the scenery is familiar, but which I haven't visited for some time.  Not quite as drastic a start-over as authors like to inflict on their characters, but still a crossroads, of sorts. I've lost someone I loved, whose needs took up a growing percentage of my time for a number of years, eventually to the exclusion of what we might call 'Me' time. I don't regret that and would do it again in a heartbeat, frustrating as it often was.  And then I was sandbagged with health issues of my own, and am making my way back from that.

I hope there will be the chance to reactivate my writing career, and take it in new directions. The way it seems to be going is towards writing in two persona - light and dark, if you like. I'm excited about the lighter stuff that I am working on - holiday reads - sunshine and romance, but I'm not giving up on my dark side. I love writing romantic suspense and I will be returning to that too. It will take time. I'm not a fast writer, but I do want to get there.

I'm also an academic, half way along the road to my doctorate and that is also pressing me for attention.

It's familiar territory, but I still have to sort out all the demands of the things I need and want to do. I'm beginning to realise how the heroine feels when she'd dumped into a situation and told she has the length of the book to get herself out of it.

In my case I hope it will be the length of many books.