Mystery and Crime in Oxford 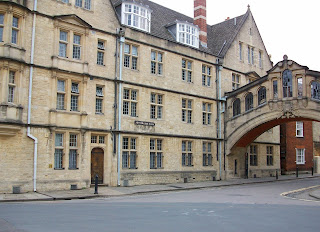 The weekend before last I crossed something off one of my bucket lists. If you are a list maker you will understand that one list is never enough. If you're not, just trust me on this.

I finally got myself organised to attend the annual crime fiction weekend held at St Hilda's College, Oxford every August for the last 23 years. And I had a wonderful time. Good company, good food and fascinating speakers, including Lee Child and Martin Edwards, along with excellent organisation and a well stocked bookshop, provided by Blackwells. I cheated a bit and stayed in an hotel rather than the full student experience. I don't do shared bathrooms if I can help it, so I had the best of both worlds.

Despite having the conference on my radar, and that list, for quite a while, I didn't know what to expect. The format was different from that of all the other crime conferences I've attended, on both sides of the Atlantic. No author panels, but instead individual speakers each giving a paper on a chosen topic - the theme of the weekend was genre and crime, so there was everything from clerical crime to historical crime to crime and humour. No romantic suspense, but you can't have everything, and what there was was enthralling. This being Oxford (which seems to be a catchphrase of the conference) the style leaned towards the academic with comprehensive research. Love of the subject came thorough from everyone in a totally accessible way, that gave food for thought and increased the 'To be read' pile on a grand scale. All the speakers were fabulous, but I have to admit that Chris Ewan sharing his burglarising research (He writes the 'Good Thief' books as well as stand alone thrillers.) was a highlight for me. And I bet I'm not the only one looking up 'shims' on the Internet. I shall also treasure Lee Child's revelations about his writing methods - basically the story unfolds to him as a story and his response to any queries from his editor about possible changes is to insist that how it is written is how it happened. All the authors in the audience were storing that one away for future use. Sadly, I suspect that you may have to be Lee Child for it to work.

The audience was international, readers and writers. I saw old friends and I made a few new friends whom I hope I will meet again. And I sandwiched in a whistle stop tour of the Pitt Rivers Museum, which is research for a very future book. And also a fascinating Shakespeare exhibition - but more of that next week. All in all a lovely weekend - I think you can tell, from all the superlatives.

Now I really want to go again next year.

You can have a starring role.

You'll have seen the tee shirts and the mugs and all the other stuff - you know the ones 'Be careful, or I'll put you in my novel' And I know some people do that. Base their characters on people from real life.

I'd be much too scared that someone would recognise themselves and take offence, Or worse. Besides which, my characters tend to arrive with their own personalities - not exactly fully formed, but knowing who they are, and not afraid to tell me about it.

An awful lot of authors also auction the chance to be named for a character in a book - again I'd be a bit nervous. What if the recipient didn't like who I'd chosen to make them? But then, I'm the nervous sort.

Which is not to say that I don't do a little cannibalising, here and there. Clothes - I might borrow them, although usually they are from my own wardrobe, or former wardrobe - or maybe my 'I wish' wardrobe.

But the thing I'm most guilty of 'borrowing.'? 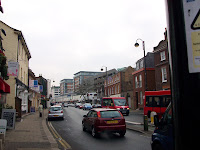 I don't own one, so they are a bit of an unknown quantity. My usual ploy is to decide what my character would drive then go on a hunt to find one in the metal, as it were. Supermarket car parks are very good for this. Not sure what the CCTV makes of it, but the cops have not come knocking on the door yet. I got a bit stymied when I wanted a Bentley. For that I had to go to the posh show rooms and prowl, while looking as if I could really afford one. I got a very nice Porche out of that trip too, so it was time well spent.

So - I won't put you in my book. But I might steal your car.


Posted by Evonne Wareham at 07:00 No comments: 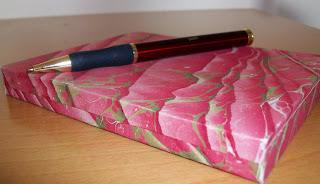 Following on from last week - on holiday reading, I bet that there's at least one novel billed as a 'psychological thriller' in your holiday choice, as they seem to be the thing at the moment.

I like the twisty stuff too - to write and to read - although I like a shot of romance as well, to lighten the dark stuff. I can never decide whether I like to have some idea what is going on - to be able to follow the clues, or whether I'd rather to be completely in the dark. Both, I think, depending on the mood. It's very gratifying to have an inkling of what might be going on, and be proved right.

One thing I have noticed though, about the ones that come in the 'totally mystified' category, very often I can remember the plot later, but not the ending. Now this may be reading too fast - so intent on getting to the end that you're still reading at 3 am, Sometimes though, dare I say it, I think the ending doesn't live up to what has gone before - rather a damp squib - and that's why I don't remember. A case of the journey being more gratifying than the destination?

They say that the end of a book sells you the next one by the same author, and I'm sure I'm not the only one who has jogged along with a book and found that the last 50 pages are more exciting than the rest.

Ideally it should be both, of course. I think that's where the advantages of having that shot of romance is useful - two chances at a satisfactory conclusion. But you do have to get all your strands running together. Twisty plot and twisty love story. 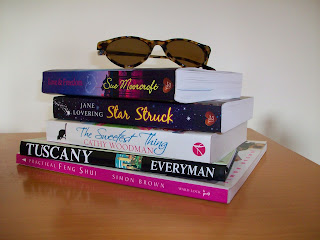 It's that time of the year. You know - holidays - when people get the chance to READ. Hands up who hasn't had to re-pack the suitcase because the books in it were preventing it being lifted off the ground? Electronic devices go some way to helping out with that, but there's always the nagging doubt - what if something happens to the thingy?  It doesn't like the local electricity. There is no local electricity. It gets stolen. Or maybe, in the way of electrical devices it suddenly and mysteriously dies for no reason ...

I bet you pack the old fashioned books too.

I've been reading a lot lately - convalescence, not holidays, unfortunately, but still enjoyable. I've also been thinking, sometimes, about the construction of what I've been reading. Author stuff - like - 'How does that work?' Point of view, chapter length, that sort of stuff.

One thing I have heard said recently is that some people never read prologues. Now we're all different, but this to me seems like not watching the first five minutes of the film or TV series. The author put it there for a reason, so it must have some use. Is the theory that it is back story and the author is too lazy or maybe  too incompetent to be able to include it in the body of the book - or to make the decision  not to include it at all? I don't know, but I read them. and write  them too. Epilogues don't seem to get the cold shoulder quite so much. Everyone likes to know what happened after the official end of the story, it appears. By now, as a reader, you are invested in the outcome, so you want to carry on?

We all have our likes and dislikes.

Write what you know. We've all heard that. But what about writing what you like? I mean things you like, not 'What you like.' Oh - you know what I mean! 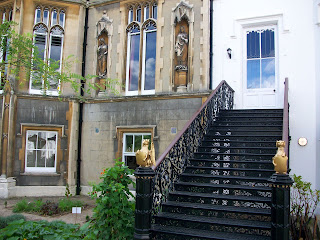 I like to read and write romantic suspense, and lately some of the lighter holiday style stuff too - although it always has a crime in it.

But what about the other stuff? The small things? 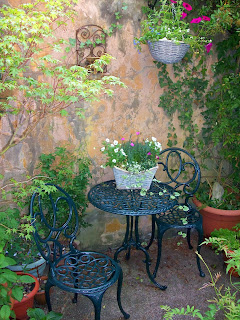 Some of those would make a plot of a book, some are incidentals - helping with the atmosphere. Could I make a book with all of them in? Maybe.

I think it might turn out to be one of those exercises where you try to get a word like supercalifragilisticexpialidocious into a report for work. All right, yes, it can be done But why?

I can guarantee that some of them will be in future books, Because that's what I like.

And there's no point in writing if you don't enjoy it.