The evolution of romantic suspense 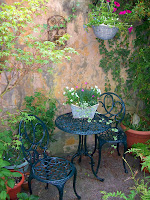 If you speak to a UK writer of romance about the things that have inspired or influenced them, it's likely that the name Mary Stewart will be mentioned. Writing just after the Second World War, her books were the original romantic suspense - an independent heroine having sometimes alarming adventures in glamorous locations, with a complex hero involved in the action. Sound familiar? Yep, that's where I began.

There was considerable excitement therefore in the romantic community at the news that her first best seller, Madam Will You Talk, would be broadcast on BBC Radio. The first part was last Sunday, the second this coming one. If you missed it and would like to investigate, it's available on catch up HERE

It's difficult to  imagine the impact the books must have had in post war Britain. Escapism in its very essence. Locations that most people could only dream about visiting, warm weather, beautiful, often historic surroundings,  food and drink that still rationed Britons could only read about. And yes again, I'm still channeling all that too.

And then the heroine and hero. Her heroines are very modern women - they would be so now, but they must have been fantastic role models in the 1950s and 1960s, when many of the books first appeared.  They travel, often alone, they drive fast cars - Madam Will You Talk involves a car chase across Provence. They drink alcohol and smoke - more problematic now, but then a mark of modernity and independence. They get themselves into difficult situations and are not afraid to take risks. And they are open to the possibility of love.

Heroes are slightly more ambiguous. The books are written from the heroine's point of view, so often it's not so easy to gauge where the guy is coming from, and sometimes it is not entirely clear initially whether he is hero or villain, but they are always strong, capable and intriguing.

We've moved on a bit. I love the fact that I can write from the  male point of view, so you do know what he is thinking  and his vulnerabilities, underneath all that macho stuff.  Modern romantic suspense can be a bit more violent, and gruesome, on occasion.  My own body count can sometimes get to Jacobean proportions. These days the reader also goes beyond the bedroom door, but the originals still have their undercurrent of romantic tension.

I loved those books, and I know how much they have inspired me. Romance and mayhem, my kind of read.

Posted by Evonne Wareham at 10:07 No comments:

The first set of edits went back last week and when you are waiting for the second round it's a bit of a case of being in limbo. Head in one book while wanting to get on with the next. But that messes with your concentration, trying to create something new while still involved with the previous book. 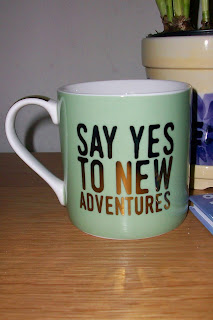 Not yet ready for new adventures.

I've been working out time lines, which has been complicated as I'm working with four generations of two families. I spent Sunday morning working out how everyone's lives would overlap and whether A would still be alive when B was born, and if so, how old they would be. It got very tortuous, but I think I have cracked it.

I also compromised on the creative side by working on a part of the story that will go back forty years and will be a self contained episode, told through old letters and journals and a rather unexpected and tragic discovery, that I'm not going to divulge just now. The whole book, although it's set in Portofino and will have plenty of glamour and sunshine, and a very beautiful garden, has quite a Gothic feel to it, as the story has deep roots. I'm enjoying the play between light and dark, which I think will develop as the thing grows. In the meantime the second edits have just arrived, so the new one goes on the back burner. Gone, but not forgotten.

A book really gets real when the cover is revealed and it's up for pre-order. So, A Wedding on the Riviera is now officially  real!

I'm thrilled with the cover. To me it says so much about the Riviera and the vibe I was trying to channel when I wrote the book - think Grace Kelly and Cary Grant in To Catch a Thief. Sports cars, a beautiful coast road, a glamorous couple falling in love... 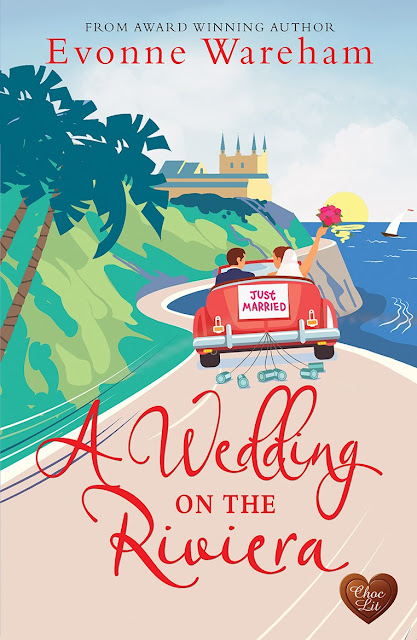 Nadine and Ryan aren't exactly Grace and Cary, but they are chasing a thief on the Riviera. The book is about their love story, but as a follow on from Summer in San Remo there is also the chance to catch up with a few old friends. It's escapist holiday reading, but it does have it's darker moments, with a manipulative villain running a sophisticated con operation. Jake McQuire, the hero from Summer in San Remo heads a group of friends who are determined to bring him down, but things don't go quite as planned, for anyone. But that's why it's called romantic suspense!

It's on pre-order as an e-book now, so if you want to be sure of your copy on 22 September you can find the details HERE

Posted by Evonne Wareham at 12:06 No comments:

Still editing. With dates. Sort of.

The edits for A Wedding on the Riviera have made progress. It now has a new ending, with added murder. Well, you know what I'm like. I'm supposed to be working, so this will be short, but I hope, sweet. The book is a mix of dark and light, because well, you know, weddings, and I had so much fun creating the wedding of my heroine's dreams, but also bumping people off. I hope readers will find the contrasts ... interesting?

I've seen three projected covers - all are gorgeous, but I must admit I have a favourite. It all depends now on whether the publishers' tasting panel, who get consulted over the choice, think the same way. Fingers crossed that they do!

Whatever the choice, the cover reveal is on the calendar for next week, with the book to follow in September. That's fast. Eek!

Think I'd better get back to those edits.
Posted by Evonne Wareham at 08:00 No comments: