Well - Riviera Rogues 2 went off to the publishers last week. Now we just have to wait to find out it they like it enough to publish it! Finishing a book is a big thing in my house, mainly as it means I have to do some cleaning. I hate cleaning, and the idea for a new book arrived ready made when I was just wrapping up the old one, so you can guess which I'd rather concentrate on. Whether the idea will be quite as ready made as it appears when I actually get stuck into it properly is a moot point. Things that seem complete in your head often turn out to have disconcerting holes in them, when you get right down to it.  I am looking forward to finding out though, and visiting Portofino again, after a very long absence, if only in my head. And I have managed to clean the top floor of the house, so I get a gold star for that.

Today I have been reluctantly looking at the dining room, and the fluff under the sideboard. As it is National Writing Day though, I have decided to award myself an afternoon off and go after Riviera 3, currently titled The Villa in Portofino. Tomorrow the dining room - honest.

So far I have a heroine - Megan, a hero - Gideon and three potential female villains. I've not decided yet which will be the winner in the villainy stakes.  I have a deserted villa, (no prizes for guessing where) an overgrown garden, a mysterious inheritance, some echos from the Second World War, a tragic poet (much earlier that the Second World War - contemporary of Shelly and Byron) a ruined tower, and a touch of gas lighting.

It is going to be a lot of fun. I have quite made up my mind.

Much more fun than the dust under the sideboard.
Posted by Evonne Wareham at 12:24 No comments:

And it's gone. Now we wait! 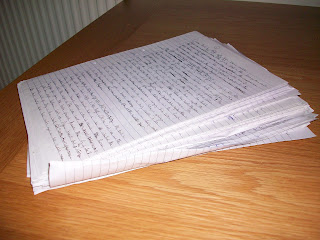 Posted by Evonne Wareham at 15:22 No comments:

Only a brief word today, as I am doing the last pass through the new manuscript before pressing send for it to go to the publisher. Then we all sit and bite our nails and hope they like it. I'm going to have to deal with the dust under the sideboard too at some stage, but we won't talk about that now.

Fingers crossed that I do get a green light. I'll update later (or maybe tomorrow) to let you know when it goes off. 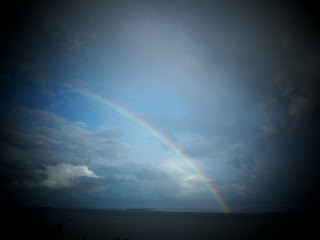 Posted by Evonne Wareham at 08:25 No comments:

The second in the Riviera series is very close to being ready to go to the publisher - fingers crossed, next week. Then we all have to hope that they like it.

I'm at the stage at the moment of the obsessional fact check. You can never be sure that you have absolutely everything right in a book, however much you try, but I do make the attempt. Which is why I have been watching videos of parallel parking (I don't drive) and checking the legal requirements concerning air guns, and consulting experts about motor cycles. Anything to do with cars is dodgy, as I have no experience to draw on. If you find me prowling around your car - as I did this morning, to a very nice Mercedes, on the way to the supermarket, you'll know why. Technology can be a bit of a challenge too, as I am not into the very sophisticated stuff. I have to go to the experts for that.

Writing a book is always a bit of a thing - making the vision you have in your head accord with something that relates to reality. For this one I had a very strong vision of an opening scene set at a wedding.  My villain was there for a very specific purpose, so I had to find the reason to support that. As part of the story someone present had to recognise him. I decided that would be my hero, and I then had had to find a reason that he was there, and for him being in a similar situation some months before. All those things dictated the role for my three main characters, because my hero's occupation dictated his relationship to my heroine. Confused yet?  It was complex to work out, and it gave me both people and plot for the book. All that from the mental picture of a wedding. I know I am guilty of complicated plot syndrome, but I do get a buzz from getting everything to work out.

Weddings got to be a theme of the book, and as I have said before, I had a lot of fun with that. The wedding that was the absolute core of the plot was simply vision - imagining the most up market wedding I could, then dialing it up even more. Sadly I had to cut quite a bit of the description, as I was over my word count, but if we make it into publication, I'll probably share the out-takes, but we have to get there first!
Posted by Evonne Wareham at 15:56 No comments:

Power of the Imagination

Yesterday the Cariad Chapter of the Romantic Novelists' Association did a Zoom workshop with the lovely Jenny Kane, with a lot of fun exercises to kick start the writer's imagination in difficult times.  One of the things Jenny said, among a lot of useful stuff and laughter, was that your imagination has no limits. Shortly after the end of the workshop I began  reading a new book on the Kindle - a new old book, actually, but you know what I mean! Anyway, the introduction of the Dorothy L Sayers Golden Age crime that I have just started to re-read  - Whose Body? - mentioned that Sayers was hard up when she wrote the book and very much enjoyed endowing Lord Peter with a fortune, and then spending it for him, including a luxury flat in Piccadilly, and a smart wardrobe. She recommended this inexpensive course of action to those also hard up.

I am certainly doing that at the moment. I conveniently made the hero of the first Riviera book a billionaire, which comes in very handy when sorting out a lot of situations now he is the boss of the family detective agency. Money does talk, and he's funding a lot of the action in Riviera 2 which is very convenient for an author. I've got my characters into some sticky places, and it is very useful to have Jake around to bail me out where necessary. I understand exactly what Sayers meant about enjoying spending his money!The hero of the book, on the other hand does not have much money ... but that's all part of the story ...

In what I hope will be Riviera 3, there is an inheritance ...

Imagination is also playing a part, at the moment, in travel. Yesterday, doing what I hope are the last round of personal edits, before the book gets submitted to the publishers (Nail biting time)  I was in Bath and Bristol. By the end of the week I will be in Nice, and then Paris. And all without moving from the house.

Books take you places, as a writer and a reader. And at the moment, we need that.


Posted by Evonne Wareham at 10:56 No comments: