You'll probably have seen the signs or the tee shirts - 'Be careful, or I'll put you in my novel'. I'd never do that - I'd be too afraid of possible consequences to make places and people recognisable.  It all gets fed into the writer's mind though. And comes out eventually as a story. And writers are magpies - at least this one is - collectors of experiences, information, unconsidered trifles. You never know when they might come in handy. And then there are the questions - and sometimes the weird questions. At the moment I am looking for a friendly  Italian lawyer to help with some details about inheritance law. That's for a WIP, but there are also the off the wall ones, that occur in the course of a day. Could you strangle someone with dental floss? Could you get DNA from a  discarded contact lens? I discussed that one with my optician and he thought you probably could. If I ever want to use it, I'll need to check it though. Maybe it's just me?

You can turn anything into a fact finding mission - exhibitions, talks, courses. As regular readers know, I have an academic streak. I'm not going anywhere near formal qualifications again - the PhD cured me of that - but I do love a good course. At the moment I'm enjoying Welsh folklore. That will definitely be coming out in a future book, or books. Anything of a slightly spooky nature attracts, although I'd never write horror. I've done countless creative writing courses, and a forensic science one which was, and remains, very useful, although the science  keeps moving on, and things have to be checked for the latest position. As I have mentioned, I'm currently resisting Egyptology. I've done foraging and baking classes, which will find their way into a book in due course.

It keeps life fun - well, my kind of fun, and it all creates possibilities for the books.

At the moment I'm doing a lot of reading on the Ligurian Riviera for the WIP. I've got some really good guide books and they are giving me ideas of things that I can include - little touches, like the kind of food I should be describing. A couple of weeks ago I did a post on themes and the way that I don't chose them, but they creep up on me. I've discovered that the WIP has justice and family/a sense of belonging as the themes. I'm also playing with the idea of Chinese Whispers - the way information becomes distorted as it is passed around. In this case it's about the last owner of my invented villa with the garden that is out of Sleeping Beauty. I'm having fun putting bits and pieces together that are sort of true, but which give a very different impression than the real story.

A Wedding on the Riviera is now available in audio, narrated by Dave Thorpe who did the narration for What Happens at Christmas.

A number of friends have invited me on to their blogs in the last few week to publicise the new book and I'm delighted to say that I'll be hosting some guest posts in return. First up is Jane Cable, with some interesting things to say about reality writing contests. More next week. 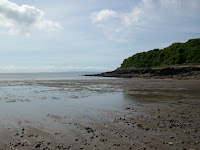 Well, Wales is back in lockdown on Friday. No chance of any research trips further away than the bottom of the next street. Actually that's an exaggeration - but not much further than a walk down to the prom to look at the sea. I'm lucky that I have a park and the sea five minutes away. But the walls do close in at times. And research in lockdown has its own peculiar charms!

It's times like these that you need the Internet and the all powerful Zoom, which can actually open things up, even in lockdown. I chew my nails every time that it is not going to work, and I seem to have found at least six different ways to actually make the connection, but so far, so good.

In the last week I have been/will be 'out' every night. I went to a bookshop talk about Halloween on Monday. It was in London, so I would not have been able to attend  in normal circumstances. Yesterday it was an RNA chapter - with members logging on from all over South Wales plus Italy and Norway! It was great to see everyone. Tonight I'm going to a British Library talk about Agatha Christie, provided I can find the link. That's London again. Tomorrow I have an evening class, but otherwise I would have been at the CWA Dagger Awards, which I probably wouldn't have been IRL.  Next week I have another set of talks and courses. I'm very tempted too by offers of a diploma in Egyptology that has appeared on my Facebook feed. Will I resist?

In the gaps, there is writing research. The WIP is set in Portofino, and I have been able to find some really good videos to help me check on things that I remember from when I was able to visit. That's one of the things I mentioned when I was a guest on the Nut Press blog yesterday, talking to Kath and Squizzy about ways to research in lockdown - you can find it here if you would like to read it.

Travel is the best and most fun way to research, but when you can't you just have to improvise.

Posted by Evonne Wareham at 12:46 No comments:

The book of the heart 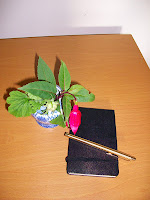 I spent a fabulous and challenging morning yesterday, courtesy of Zoom, at a workshop for the Marcher Chapter of the Romantic Novelists' Association, led by RNA Chairperson and tutor extraordinaire Alison May. Alison was coaxing us all - OK in some cases strenuously coaxing - to find or rediscover our author's voice, by way of a number of interesting questions about us and our work. Nothing about book writing as such - no tools or techniques - it was all about us - as people  and writers.

I got a lot from the session and I know others did too. When it was my turn under the spotlight the question that I focused on was about the book of my heart. Yes I have one. It's been with me for a long time, and I have probably mentioned it before in blog posts. But I have never come closer to writing it than collecting a few notes and scribbling down a few ideas. Of course Alison called me out on why I wasn't writing it, and what was I going to do about it?

It's a complex answer. It's still romantic suspense, but it's quite different from the style I am writing at the moment. Will readers like it? It's going to be a big book, in all senses of the word, so it is going to take some work and time. Will I be able to do the idea justice? If start it, am I risking disappointment if I don't produce a perfect result? Better to keep the dream? Having just gone through the process of producing an academic thesis, am I ready to embark on another big, weighty project? I think the answer to that one currently is no. Is that cowardice? Maybe. Having been out of the loop while finishing that thesis, I'm having fun writing the escapist stuff, and enjoying the buzz of having a new book out there. You simply can't beat it. At the moment, after the thesis and with the world as it is, having fun with the writing and producing some escapism feels like the right thing.

At some stage I really will have to step up to the plate. The idea of doing the PhD haunted me for a long time, until I finally gave in. This book looks like it will do the same.

I'm not ready yet.  But I sense that it's creeping up on me.

Doing a guest blog post for Books in my Handbag recently, on the subject of themes and tropes, got me thinking on the topic. This was reinforced when I listen to In Our Time on Radio 4 last week, when the topic under debate was the Shakespeare play Macbeth. The discussion was interesting, and took me back to days when I was studying it, or watching in in the theatre. It always strikes me that along with ambition and guilt, the play has an awful lot in it about children.  Macbeth and his wife do not have any, although it seems that they might have at some stage. The chief nobles have families, who Macbeth sets about wiping out. The sons of the former king flee to avoid a similar fate. It makes me wonder if this was a theme that snuck up on the playwright as he was working. If I ever get to be a guest at one of these fantasy dinner parties, where you can chose you favourite six guests, I'll ask him.

Although using a theme is one of the pieces of advice that is often given to would be writers, I've never been able to do it. I find it too constricting, and to be truthful, it annoys me sometimes too as a reader, if it feels that the author has chosen and applied a theme, just because they feel they should. This is not to say that themes don't sneak up on me. In Never Coming Home it turned out to be lost children, both the ones who were missing and the hero and heroine's dysfunctional childhoods.  A prevailing one, when you write romance, is often that of trust. You can do a lot with that, and it is one of the bedrocks of a romantic relationship, so does not go out of fashion.

I'm more comfortable with the idea of tropes - often found in romance writing -  friends or enemies to  lovers, a marriage of convenience, rags to riches - the Cinderella story. Internet sites often run top ten polls of the most popular, which are fun to read, and possibly argue with. I can understand the attraction, If you are reading romance as escapism, then it is relaxing and maybe reassuring to be able to have an outline of where the story is going. The use of a trope does not mean that the writing is not good, or the telling of the story and the outcome not satisfactory to the reader - after all, we know that it's going to have a happy ending, and it does not spoil the enjoyment.

I must admit I have a contrary streak though. My runaway bride turned into a runaway groom, and I'm wondering about the possibilities of riches to rags, although I think that might prove to be too contrived. Which is not to say my subconscious will not hit me with something it has cooked up at some time in the future.

At the moment the WIP does not have visible theme or trope although there is a Beauty and the Beast style overgrown garden. I have come up with a couple of characters I intend to murder, so things are going well in that regard. I'll keep you posted if a theme crops up.