Writers get their inspiration from a lot of different places. The theatre is one of mine. I'm not usually a fan of musicals - I prefer plays - frequently ones where the playwright has been dead for several centuries. 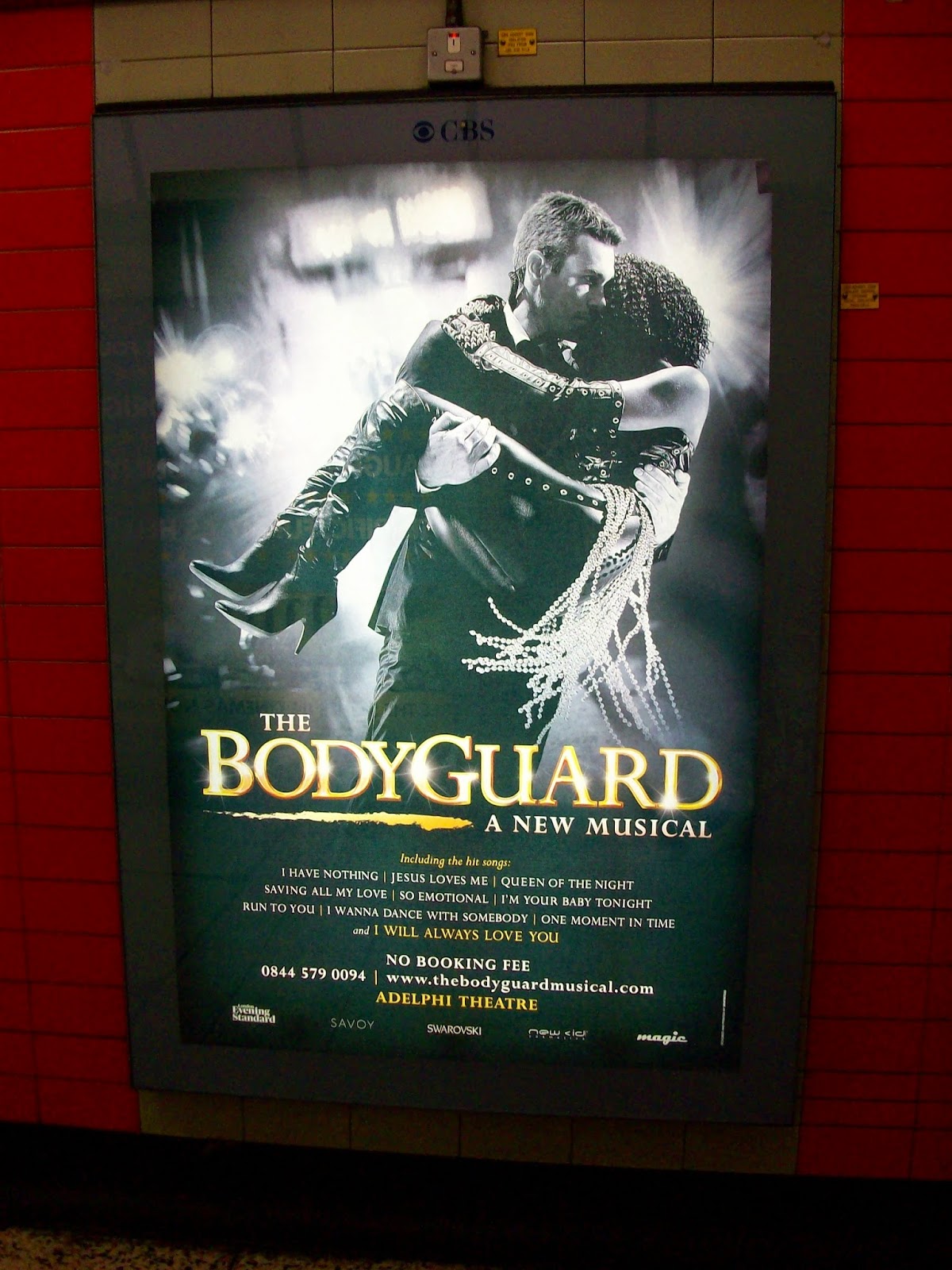 There is a particular image, though, connected to a musical, that has a distinct attraction - a poster that was used to publicise the show, The Bodyguard.  I've not actually seen a performance, though maybe I'll be able to rectify that as I gather it will be touring next year and coming to Cardiff, but the poster image always made me stop and look. Often in inconvenient places, like narrow corridors in the tube!

What is the fascination? It just seem to sum up for me the heroes I like to create - a protective alpha taking care of the woman he loves. Strong, romantic, glamorous, dangerous ...

Inspiration - it comes from many places - images, words, atmosphere, location, a song, a piece of poetry.

This is just one of mine.