Time can be an issue for authors. I don't just mean getting time to write and do all the other stuff, but time as it appears in books. Even in Shakespeare it causes trouble. There is much academic debate about the fact that in the play Othello the short time span, only a few days and nights, does not allow for the wholesale infidelity of which Desdemona is accused. I always assumed that the play was just showing us scenes over a longer time-span, but what do I know? 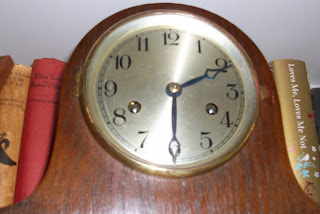 Authors have to make decisions - is the time in the book going to be realistic or a little more, shall we say, fluid? And I don't mean the horror of your editor pointing out that you have just invented the week with three Tuesdays in it. Should characters age in real time? This can be a problem if you start something that subsequently becomes a long running series and your protagonist starts to get closer to retirement - or would in the real world.

It's slippery stuff too, when you have your characters travelling and you have to make sure they have sufficient time to do it. I've had fun with airline time tables and myriad notes on bits of paper on that one. 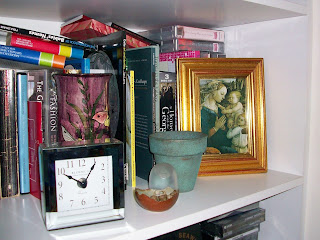 At the moment time is giving me pause for thought in two ways. I've hunted up the thriller I was writing in 2015, before life got out the sandbags, and I think I can do something with it. (Jacobean revenge drama, by way of Romeo and Juliet and Beauty and the Beast) But the time line is all over the place, so there is going to have to be some major re-organising before it goes much further.

The other time issue is a bit more subtle. As you know, I am really hoping that I will have a new rom/com novella out in 2017. And the novella I have just finished is next in series. It has a long way to go before it makes it to publication, if it ever does, but should it come out in say, 2018, there will be the matter of some characters carrying on with their lives in the meantime and the book being about 2½ years after the first one. You see the problem? As the plot is going to require a hefty suspension of disbelief on the part of the reader, I think the timing may have to go the same way.

But that's a challenge for another day.
Posted by Evonne Wareham at 07:30

Email ThisBlogThis!Share to TwitterShare to FacebookShare to Pinterest
Labels: Othello, Time in Novels