Anatomy of a Cover

As you know, a cover is a very important part of the presentation of a book. It’s what prompts the reader to take their first look. Getting a good one is important. My publisher, Choc-lit, is particularly known for the attractiveness of its covers, courtesy of their design wiz, Berni Stevens (who also writes vampire romance, when she has some spare time) 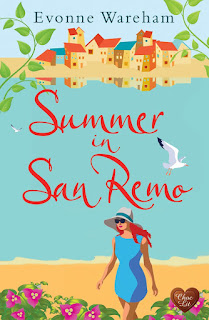 I’ve loved all my covers, and Summer in San Remo is no exception. Some of that is because it’s been such a long time since I actually had a book out and having any cover is a thrill, but it’s also because the cover perfectly captures the essence of the book. A colourful, sunny summer read – which is a new direction for me. I love the way Berni has captured the essence of the ‘Old Town’ elements of the towns on the Riviera, the feel of sun, sand and beach, and the bougainvillea that trails over the edges.

Flowers and beautiful gardens are one of the elements of the book, and although I haven’t mentioned bougainvillea – an omission I must rectify in the next one in the series, as the flower is one of the trademarks of the Mediterranean.  I remember bringing one home from a trip to Italy, many moons ago. Of course the British climate is a bit of a challenge, but I managed to keep it for a while in a very sheltered part of the garden, next to the back door, and it gave me a great deal of enjoyment while it lasted. The flowers mentioned in the book are mostly jasmine and roses, which I also grow. I have lots of jasmine plants – they grow from cuttings like weeds.

But this is getting away from cover art. Of course the focal point of the cover is the portrait of heroine Cassie, who looks perfectly at home there. I covet her blue dress. I’ve spotted one very like it in M&S and I have had to talk severely to myself to stop me buying it. Jane Lovering has been known to match her hair to her covers, so why can’t I dress like mine? Don’t answer that one! 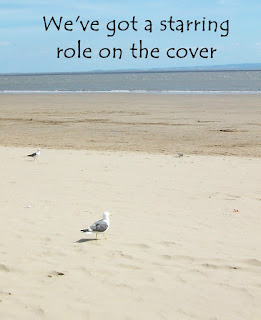 All the elements of the cover combine beautifully, but you know the thing that really gets me? It’s the seagulls. I think they really are the finishing touch. The real thing, nesting on the roofs in the street – I live 10 minutes from the beach – are a bit noisy. Make that a lot noisy, and are hell on wheels on bin collection day, but on the cover of the book they really give it that quirky, beach holiday feel.

So – that’s it. I’m in love with my cover. It says everything I wanted about Summer in San Remo.