Does it need to be real? 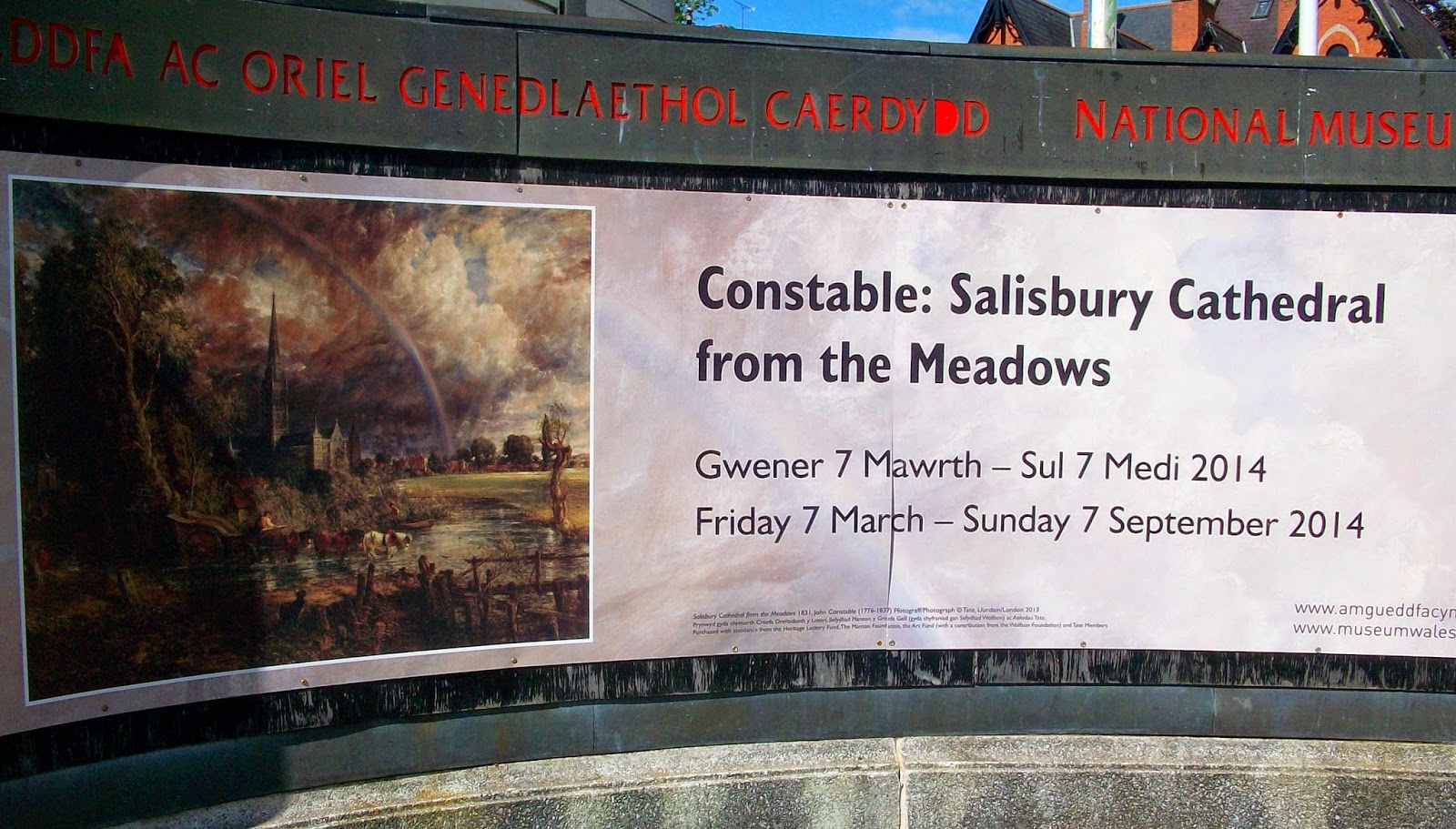 John Constable's painting of Salisbury Cathedral from the Meadows is currently on a tour of museums and galleries in the UK. The tour began in the National Museum in Cardiff, and the painting is there until 7th September.

I've always thought of Constable as a chocolate box sort of painter - rosy cheeked yokels and hay wains, reproduced on biscuit tins, but I'm always interested in learning more about art, so when the Museum offered a study day earlier this year I signed on - and learned a lot. For a start, Constable isn't just about chocolate boxes. The Salisbury painting is quite dark and dramatic - and he also painted other buildings and ruins that have a Gothic feel and are really rather spooky.

I also learned something else. Salisbury Cathedral from the Meadows is big and beautiful - but it's also not accurate. From the position that the picture is painted the rainbow, which is a key element of the composition, would not appear in the way it's portrayed, the size of buildings in front of the cathedral are out of proportion, the church to the left of the painting isn't visible from that viewpoint ...

But none of that has any effect on its beauty or its impact.

Which got me thinking about the constant issue of creativity and reality - also known as 'poetic licence'. I do my best to be accurate in my books, and the settings and locations are very important to me. They are a key part of what I write, essential for the atmosphere and feel of the book. But there are occasions when you do need to invent or change things. And these are stories, after all. They're not real. If you add a building to a well know city-scape, create a beautiful bay, out of your imagination, invent a whole island, as I'm in the process of doing - does it matter? I know that there are some readers who would say that it does, and that always bothers me. If I was writing sci-fi I'd be world building, so why not in romantic suspense?

I don't have an answer - I suppose it's really up to the individual reader.

But it is nice to think that if it was good enough for John Constable ...