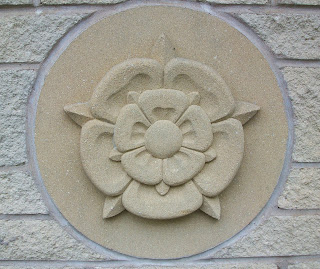 The Romantic Novelists' Association held their annual conference in Lancaster the weekend before last. You may have noticed the photos and reports sloshing around the internet - serious talks and not so serious pics of people holding wine glasses. I went, and yes, thank you, I had a wonderful time. Not without it's sad moments, as last year I only made it to 4 am on Sunday morning. That was when the call came to tell me that mum was in intensive care again. I know she would be pleased that I stayed the course this time.

Anyway, this is my conference post, but not talks and wine glasses. The trip to Lancaster was one I wanted to make, not just for the conference, but because it was where I was at university - as an undergraduate and later as a post graduate. And no - I am not going to tell you when, as we all know that I am not a day over 35 and you might get strange ideas about the way I do maths.

A lot has changed in the time between then and now. A LOT. Like - er -  most of the campus was not in the same place. And the bits that were still there were different. Which is making me think about the passage of time, and about memory, which is a concept that has interested me ever since reading Pinter for school exams. My walks around the campus were a useful aide memoir of things to look for if you are writing in two (or maybe more) time periods.

I'm sure it will come out in a book someday. Or more than one. Or maybe it already has?
In the meantime, here is my picture gallery.