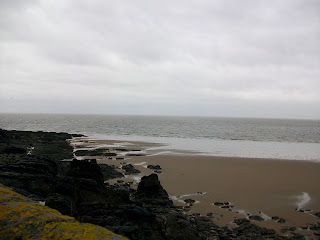 Scotland and Ireland are popular locations for romance novels – Wales, not so much. As I was born in the Principality and it is my home, I’m curious as to why that is. We have beautiful scenery, a fabulous, accessible coastline, historic buildings, archaeological sites, Dark Sky reserves, myths and legends, traditional food and drink, unpredictable weather, our own language … So why do books set in Wales rarely seem to feature in the best selling romance charts and everyone’s auto-buy list?

The international popularity of the TV series Hinterland - set in Ceredigion, around the town of Aberystwyth, suggests that Wales can be an attractive location - you only have to look at the scenery featured.  The one thing I do take issue with in that series are the interior shots - Wales is not entirely populated by semi derelict farm houses, rusting caravans, tumble down sheds and crumbling Victorian piles. I know they are trying for a desolate, inhospitable ambiance, but it still grates with me. Other than that, the series shows what Wales has to offer. Wales is used often for film locations, but usually appearing as somewhere else. Lots of the locations in the film The Finest, for example, were in Wales, but were portrayed as being in Cornwall. 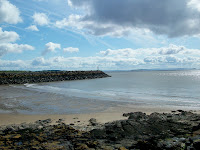 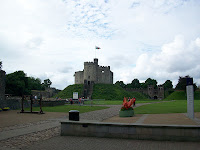 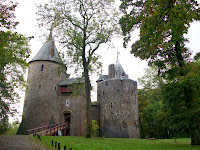 I have a vested interest in the question, as I like to set scenes from my books in Wales, usually in and around Cardiff or the National Parks. The second half of Out of Sight Out of Mind is set in Pembrokeshire, and in the new novella What Happens at Christmas  a large part of the action takes place in the snow bound Brecon Beacons. I'm also currently in the throes of developing a series that will be located on a fictional stretch of Welsh coastline, but one based on the area where I live. I’m hoping that those books would be popular and that people would enjoy them – but would they stand more chance of that if I was setting them in the Highlands?

Is there a reason that Wales is not a go-to destination for romance? Is it simply that few romances have been set here? If so, then it’s clearly my job to provide in that area.

What would make you, as a reader, want to pick up a book that was located in Wales? Maybe even more importantly, what would stop you picking it up and adding it to your shopping cart?
I’d really like to know.

Email ThisBlogThis!Share to TwitterShare to FacebookShare to Pinterest
Labels: HInterland, The Finest., Wales