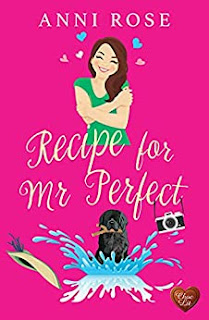 As part of the blog hop tour for her new book,  Recipe for MrPerfect, fellow Choc-lit author Anni Rose is visiting today to talk a bit about the book and one particular aspect of her writing.

Thank you, Evonne, for inviting me on to your blog today to talk about Recipe for Mr Perfect.

It’s good to have you here – first, the inevitable question – what gave you the idea for the book?

People often ask, what comes first plot or character. I’d usually say characters for me, but the idea for Recipe for Mr Perfect came from a wedding I saw being photographed by someone else. It looked like an extraordinary affair and the photographer was being given a hard time.

The idea of an office-based novel, where that office is facing an unsettling time due to a potential merger or takeover, had been playing around in my mind for some time and suddenly I had the idea for a main character. What if she was faced with the possibility of a career change, would she follow her head and continue as an accountant, or her heart and become a photographer.

The other characters came quite easily, I’ve worked with some lovely people over the years and have always been fascinated by office dynamics. So, I thought it would be fun to look at office relationships between colleagues when they all find themselves in a difficult situation. You work with people for often eight hours a day, but how much do you really know about them?

There was one particular 'Character' that really stood out for me - Dudley, the Newfoundland dog, owned by hero Neil. I have a soft spot for Newfies as my cousin owned two. Very big, very heavy and great personalities They say actors should never work with animals and children, but writers know that readers love it when books include them, so I asked Anni if she would talk some more about Dudley and General Gordon, the cat, and other fur and feathered friends who have appeared in other books, or who might appear in books to come (Here's hoping)

For me having grown up and lived with animals, they have always been an important part of my life. All of them have had such individual personalities, and have given me some really funny, or in some case downright embarrassing, moments. But they have always been important to me, so it seemed only natural for my characters to have pets and for me to include them in books.

General Gordon is very much based on a Siamese who turned up in our garden one day with worms and stayed (without the worms – we treated them). He had a miaow that sounded like a child in pain, pitched so loud that even with double glazing we knew when he wanted to be let in. Cat flaps were not for him, he liked to have the front door opened–often at four in the morning. And he would lie in the middle of the drive, looking for all the world like he was dead, which never ceased to be terrifying when you arrived home.

Then came Felix, who liked nothing better than sleeping on a laptop. My sister came into the kitchen one morning and said, ‘Aren’t you worried about your computer?’ I said, ‘No reason to be, he doesn’t know my password.’ She raised an eyebrow and said ‘Okay…but it does look like he’s changing your operating system.’ Felix has yet to feature in a book.

In Recipe for Mr Right, Adam’s dog is a border terrier – called Brutus. Very much based on a friend’s dog, known by all of us, as the “Border Terrorist”. On the ground, he was mild-mannered, happy to be petted. But you did have to tidy up and shut doors before Brutus came to visit, because he could be guaranteed to find the most inappropriate thing, pick it up and parade it like a trophy in front of the assembled party. We knew one friend’s ‘giving up smoking’ might not be going quite as well as she was making out when within minutes of arrival Brutus produced an open packet of cigarettes. Her, “I thought I’d thrown them all out” might have convinced us, if he hadn’t turned up two more packets in quick succession. But pick him up and it was like having your own personal shield. Brutus adored being cuddled and would sleep happily for hours in someone’s arms. Heaven help anyone who came too close, he would snarl and bare his teeth at them, often without opening an eye. It made trips to the vets interesting—“Okay, put him down and step away”.

In Recipe for Mr Perfect, we meet Dudley a Newfoundland, who is based on a Newfoundland, I once knew. Such a special dog, I had to include him in a book as a tribute to him. He was a gorgeous creature, sadly lost too soon, but like all animals had a real character. Dudley loved the social side of a walk rather than the exercise part and was always keen to say “Hello” to people, particularly if he thought they might be going back in the direction of the car. And, if he heard his name being called, he would come regardless of what he had to knock over to get to you.

The joy of writing is when you create characters and give them a variety of characteristics and so it is with animals, so later in “Recipe for Mr Perfect”, Dudley sits under a chair in a meeting… So, let me explain where the idea for that came from.

As teenagers we would often gather of an evening at a friend’s house, to listen to music or chat, and one of the attendees would often be Carla, a Saint Bernard, who had the habit of doing just that. She could manoeuvre herself under a chair and, bless her, would stay out of the way throughout, to the point you would be forgiven for forgetting she was there, but as soon as everyone was ready to leave, the person sitting above Carla had to get up first. She was poised like a coiled spring and would stand up at the hint of movement, sending both chair and person flying to our great amusement.

The same friend had a budgerigar called “The Fonz”, who one day laid an egg. This naturally caused us, and you have to remember, we were young, and pre-Google at the time, some concern. Was the “The Fonz” actually female? It was another friend who came out with the immortal line “Why don’t we teach him to speak and ask him?”

Actually, as a young child, I always believed budgerigars changed colour never mind sex. My grandfather always had a bird called “Joey”, who I remembered being green, but then one day he was blue. The explanation I was given was that budgerigars changed colour with the seasons. Something I was happy to accept until many years later Joey was green again and someone mentioned Granddad had left the front door open one morning when he was cleaning out the bird.

I only remember one “Joey” talking though. “Hello Joey” would generate the response “Who says you’re pretty”, much to the amusement of us girls. Talking of birds, I’ve been really lucky to have just read a preview of the lovely Helen Buckley’s fabulous new book, ‘Strictly Christmas Spirit’ which comes out on Tuesday and was delighted to meet “Rocky”, a talking parrot.

Then there were the horses, but you will meet them in book 3! Oh, and there’s the terrier with the penchant for shoe laces – Book 4! And Kevin the Great Dane – currently book 5.

My writing these days is done with the help, or lack of it, from Rocky and Brian, both of whom joined our family last year, following the loss of two elderly Labradors, Albert and Elvis, who could be quite vocal when he wanted something. Or would collapse theatrically sighing, if we met someone and stopped for a chat. More of them both in later books, I’m sure.

Anyway, as I was saying, Rocky, a Romanian rescue, came to us following an operation to mend two badly broken legs. He’d been hit by a car and left, barely alive, by the side of the road. He’s made a full recovery and loves nothing better than being chased or chasing others. And Brian, a Labrador, whose brains have still to arrive, but is happy to oblige with any chasing.

I should go now, walks are calling, Rocky has untied my boot laces and Brian is trying to feed me a ball, but rest assured there are still lots more animal stories to come.

Thank you, Anni. Many of these stories rang a bell for me. I had a blue version of Joey - he was a great talker and my dad taught him a number of rude words to annoy my grandmother when she looked after him when we were on holiday. A friend's Siamese used to play the same trick, but in the middle of the road - terrifying innocent motorists. I still recall Ajax, the Wolfhound, who belonged to a fellow student at university. Ajax would lie across the doorway of the lecture theatre, guarding the threshold and ready to send latecomers flying - yes, I speak from experience on that one. It's lovely to know that we will be meeting all these other 'characters' in books to come. Nice to have a sneak preview.

In the meantime readers can enjoy Recipe for Mr Perfect.

How do you know if you’ve found Mr Perfect or Mr Perfectly Useless?

Jess Willersey realised things with Martin weren’t perfect, but it’s still a shock when he leaves. Is she destined to a singleton lifestyle with only her cat for company, or could a certain hat-astrophic encounter with a handsome stranger at a rather unusual wedding signal a turning point?

At the same time, Jess’s best friends and work colleagues, Maggie and Sarah, are going through their own personal disasters – from shocking family revelations to dodgy dating app-related drama.

To top it all off, it seems that the handsome stranger won’t remain a stranger – and when Neil Jackson turns up at the friends’ offices with yet another bombshell, how long will he stay ‘Mr Perfect’ in Jess’s eyes? 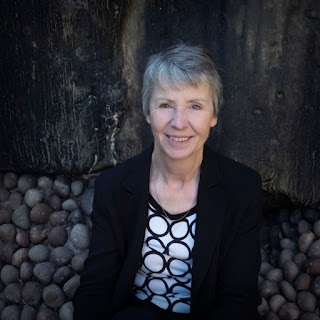 BIO:
Born and raised in Berkshire, Anni emigrated to Wiltshire six years ago, where she lives with her husband, sister, two dogs, a cat and Midge, the grey speckled hen.

Away from writing Anni can usually be found behind a camera, walking the dogs, enjoying one of her husband’s curries or sister’s bakery treats.